A hideaway inside the gates of Yosemite National Park 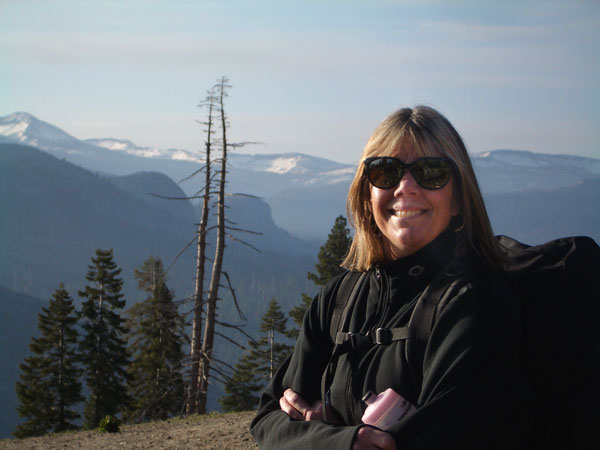 Iconic ski instructor Nic Fiore taught me to ski at Badger Pass when I was three years old. I could not get enough of the snow, the trees, the smell and the unparalleled beauty of Yosemite National Park. After high school I took a brief hiatus and worked for the Yosemite Park & Curry Co in a variety of jobs including ski patrol, ski instructor, life guard and pantry worker. I returned to college and still worked in Yosemite on weekends. The National Park Service hired me as a Park Ranger and I held every job imaginable for the next 20 years ~ horse patrol ranger, resources manager, foot patrol, fee collector, EMT and dispatcher. Law school was my next calling and while I have never lost my love for Yosemite I do not get home as often I would like so I decided to share my home with Park Visitors. I hope you will find as much fun, adventure and pure happiness here as I have over the years. My neighbors Jeff and Melissa will help insure you have everything you need for your perfect vacation.

Why I Chose Yosemite National Park:

My parents starting bringing me to Yosemite National Park when I was three years old. I remember frequent family trips to Yosemite to ski, hike, ride horses, float on the river and ride bicycles. I feel like I grew up in Yosemite and once out of high school I began working for the Yosemite Park & Curry Co before going to college. After working several years for the National Park Service I had the wonderful opportunity to purchase an empty lot in Yosemite West, a place I knew I wanted to be for a very long time. My dream of building a home came true in 1988. As you know, Yosemite National Park is quite simply the most breathtaking place on earth. The waterfalls, the granite domes and monoliths, the Giant Sequoias, Sugar Pines, and Oak trees are most spectacular in Yosemite National Park. There are over 750 miles of established trail in the Park, giving you the opportunity to see extensive wildlife such as bear, mountain lions, deer, squirrels, raccoons, coyotes and marmots on a regular basis. If you are lucky enough to live in the mountains you are lucky enough.

The Unique Benefits at this House:

Yosemite Hideout is in Yosemite West... right in the middle of the most popular Yosemite sites... whether it's the many waterfalls and huge granite monoliths and domes of Yosemite Valley to the north, the Giant Sequoias of Mariposa Grove to the south, or the breathtaking views from Glacier Point to the east, you are perfectly positioned to explore them all when your base is Yosemite Hideout in Yosemite West. Add to that the unparalleled comfort of the Hideout and scenic sunset views from the decks, you are truly able to hide out from your daily life and recharge your batteries. The large two car garage has easy access from the street, and to the main floor of the house; unloading your car is simple and the layout supports easy access during winter snows. The 6000' elevation is cooler in the summer than the surrounding towns and Yosemite Valley, and because Yosemite Hideout faces to the West, it is warmer in the winter.